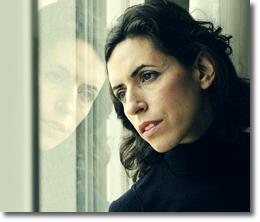 Families who have mentally ill relatives whose problems are compounded by substance abuse may face problems of enormous proportions.

Research studies are beginning to help us understand the scope of the problem, for as many as 50 percent of individuals with a mentally illness also have a substance abuse problem. The drug most commonly used is alcohol, followed by marijuana and cocaine. Prescription drugs may also be abused. In some cases over the counter sinus, cold, shaving lotion, medicinal alcohol or other medications may be substituted.

There is a poorly understood, but very real reason why drugs are widely used in this population. They make them feel better!  Although short lived, drugs have a calming effect and reduce symptoms of mental illness different from the medications they may be prescribed. People with a mental illness may abuse drugs without their families or caregivers knowing it. The severity of the disease is underestimated.

There may be several reasons for this:

Violence is more prevalent among the population with these co-occurring disorders. Both domestic violence and suicide attempts are more common. Many of the mentally ill individuals who wind up in jail or prison are substance abusers as well.

This population may have difficulty living around people, whether at home, in community residences, or in rehabilitation programs. They tend to lose their support system quickly, and suffer frequent relapse and hospitalization.

Social factors may play a part in continued drug use. People with a mental illness suffer from "downward drift". This means that as a consequence of their illness, they find themselves living in neighborhoods or with people where drug use prevails.

Having difficulty developing social relationships, they find themselves more easily accepted by groups whose social activity is based on drug use. Some may believe that an identity based on drug addiction is more acceptable than one based on mental illness.

It is difficult enough to cope with problems presented by a relative's mental illness, but when substance abuse is also a problem, the family's stress can be multiplied. These families need all the help they can get to help them cope with the additional burdens that they face.

Many families do not recognize that their mentally ill member also has a substance abuse problem. This is not surprising, since many of the behaviors that lead to the suspicion of a drug problem already exist. Therefore, such behaviors as defiance, frequent arguments, or being "spaced out" may be less reliable clues in this group.

Observation of the following may put families on the alert:

Unless one has irrefutable evidence of substance use, monitoring the person for a short time is advisable. Drug induced behaviors may take any number of forms: apathy, lack of motivation, irritability, neglect of personal hygiene, belligerence, frequent arguments, and so forth.

Since the problem of drug use is a very serious and complicated matter, it should be addressed in a careful but deliberate manner. It is best not to try to approach the individual under the influence of drugs or alcohol, nor when family members are feeling most emotionally upset about the situation. Avoid making dire threats such as calling the police, threatening with hospitalization, or exclusion from the home, unless you are really serious about following through.

Developing a Plan of Action
Since it is likely to be difficult at best, select a time when things are relatively calm to decide what to do. Involve as many members of the family as possible, and develop an approach that all can agree upon.

The following guidelines may help in developing a plan:

Support and Self-Care for the Family

Coming to terms with chemical dependency of a mentally ill relative does not come easily. Feeling angry and rejecting does not help, and delays rational thinking about how to approach the problem. Parents and siblings may be hurt because the addicted person blames others for his/her problems, and destroys trust by lying and stealing. Members of the family may feel guilty because they think their relative's substance abuse problem is in some way their fault.

Finally, it is important to say that families cannot stop their relative's substance abuse. They can, however, avoid covering it up or doing things that make it easy for the person to continue the behavior. Families can learn what they can do about the problem, but they must be realistic that much of the recovery is out of their hands.