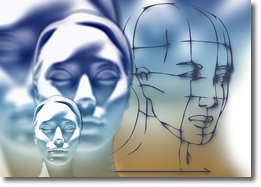 Fortunately, out of this frustrating dilemma has come some good news. Research is beginning to substantiate what some of us have been practicing for years. A positive mental attitude has a bearing on physical health.

The University of California at Berkeley has studied this concept and has reported in several articles that "those people with strong social ties and commitments seem to live longer and healthier lives than those who do not; that a sense of humor and the ability to laugh contributes to good health, and that "right" thinking keeps people well, while "wrong" thinking makes them sick". As we prepare for the next round of health care and insurance reimbursement changes, it is important for us to keep these principles in mind.

On a less upbeat note, the University of Texas Health Science Center has studied depression and concluded that it is "under diagnosed-particularly in primary care settings and among the elderly-and when it is treated, many patients receive medications that are not fully effective, or in insufficient doses, or for too short a period to be effective". The study goes on to say that the impact of depression on the nation's economy has been estimated at $44 billion annually through work absence, decreased productivity, premature death, medications and increased medical and psychiatric care.

The Berkeley and other studies have concluded that there is a strong link between what the mind believes and what symptoms the body exhibits. The body has no mind of its own, and can only respond to the instructions of the brain-based mind, including thoughts and feelings, be it conscious, subconscious or spiritual. Unresolved emotions, left over feeling events from the past, are often the troublemakers. These feelings tend to lead the thought process through a maze of old memories, resulting in misinformation regarding current circumstances, tricking the conscious self into misinterpreting incidents that are occurring to, and around the individual.

The University of Texas and other studies have concluded that symptoms of a mental or emotional illness are often overlooked and when diagnosed may be under treated. In most cases, if the patient was diagnosed and treated, he was treated with medication alone and was not evaluated or treated through psychotherapy or other counseling methods also. Either way, patients who are affected by a mental/emotional illness are less likely to find relief from their pain than someone diagnosed with another type of illness.