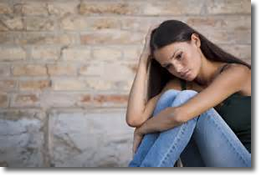 Drugs have been used for thousands of years to produce a mind-altering affect for use in religious rituals and ceremonies. Since the 1960s, however, millions of Americans have used them to relax, reduce mental or physical pain, or to relieve anxiety, depression and other uncomfortable emotions.

The medical and mental health community is increasingly recognizing that there is a great deal of overlap between mental illness and substance use. Approximately one-third of individuals with a mental illness are also addicted to drugs or alcohol.

Chemical addiction is a life long, chronic condition. The key characteristics of an addiction are the repeated use of the chemical substance, the loss of control over how much or how often, and the continued use despite the consequences.

Cocaine and crack cocaine use remains high. marijuana remains the most common illegal drug on college campuses. LSD and heroine use is growing among high school youths. Elementary students are now experimenting with drugs. Well over ten million individuals in the United States use drugs to the point that their lives are highly compromised, and millions more become high on a regular basis.

Symptoms of drug abuse are: